Located about 13 km south of Fethiye is the abandoned village of Kayaköy. The local public transportation system does run a dolmuş (dohl·mush) route to the area, but we chose to include it as part of a day trip and head further afield as well. Built upon the ancient town of Lebessos, modern Kayaköy was home to a predominantly Christian Greek population until the Greco-Turkish war (1919-1922). In the aftermath of World War I, and the partitioning of the former Ottoman empire, Greece had expected to be granted portions of Anatolia and sought to secure those rights by invading Turkey. The Turks felt differently about the situation and won. The peace terms of this skirmish formed part of the Treaty of Lausanne in 1923, and dictated a population exchange between the two countries – Muslim Greeks from Greece for Christian Greeks from Turkey. While many of the Greek Muslims were settled in former Greek Christian communities in Turkey, rumors of ghosts in Kayaköy resulted in its abandonment. Nature has retaken this hillside village over the last hundred years, and whether it was the wind whispering through the pine trees or the ghosts, it was definitely an eerie experience wandering along the crumbling pathways, past the derelict buildings. 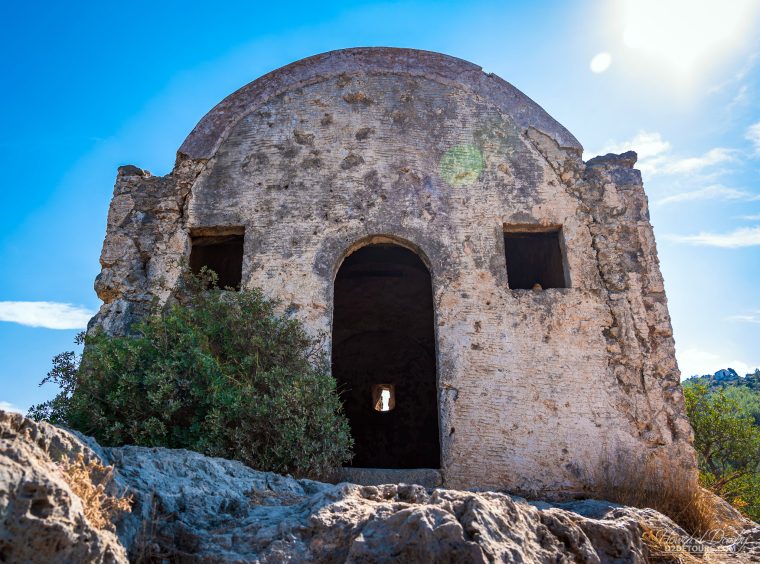 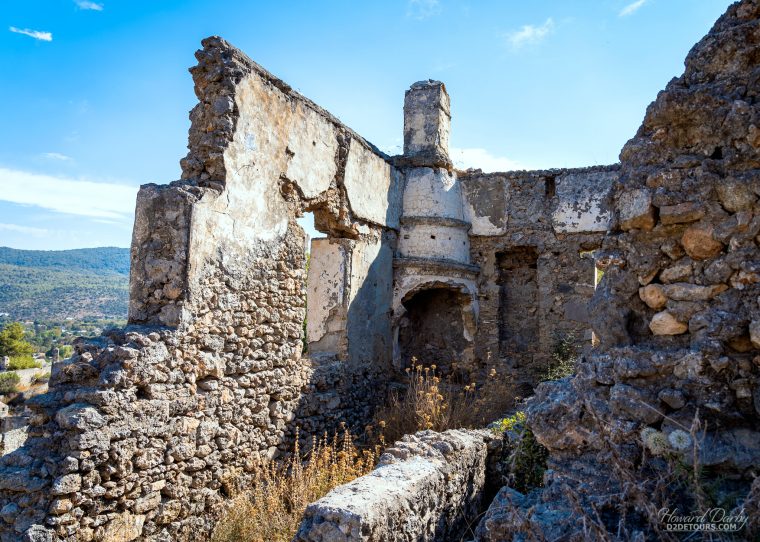 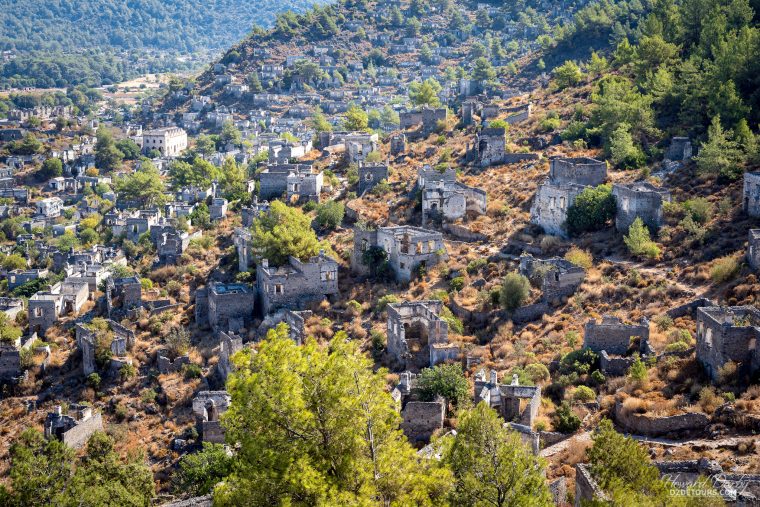 There is a small entry fee to the village (₺12.50 TL / $1.80 CAD) and I think the best way to walk the site is to start by heading up to the tiny chapel on the hilltop and then work your way down through the ruins. Sadly during our visit, the two large churches in Kayaköy were closed for safety reasons. The pathways throughout are quite uneven in places and there is a little clambering up the rocks to get to the High Chapel, but otherwise is an easy area to walk around. 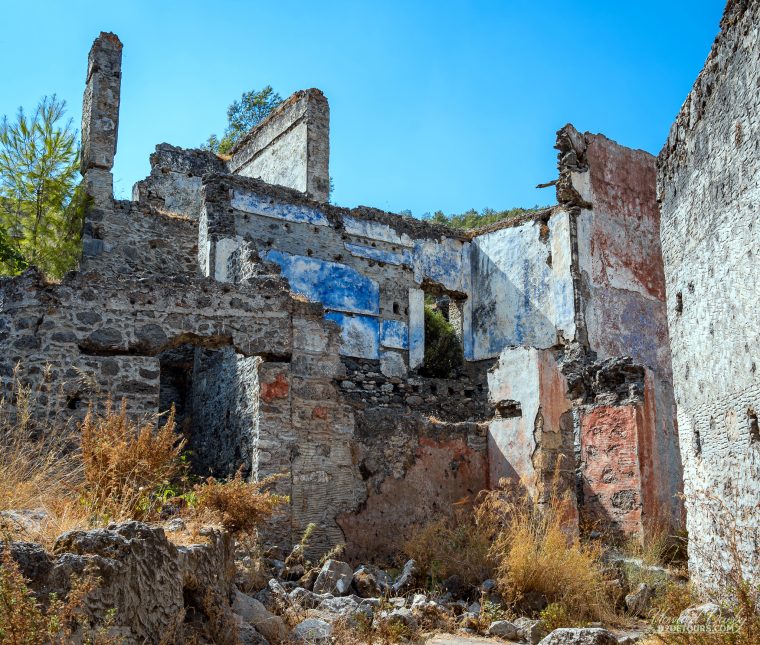 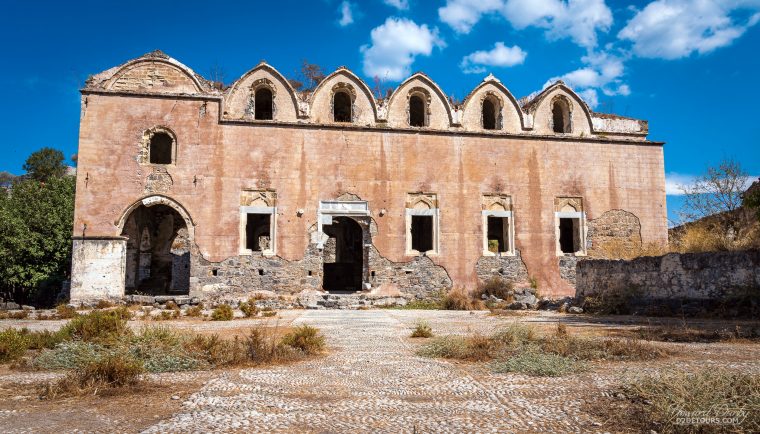 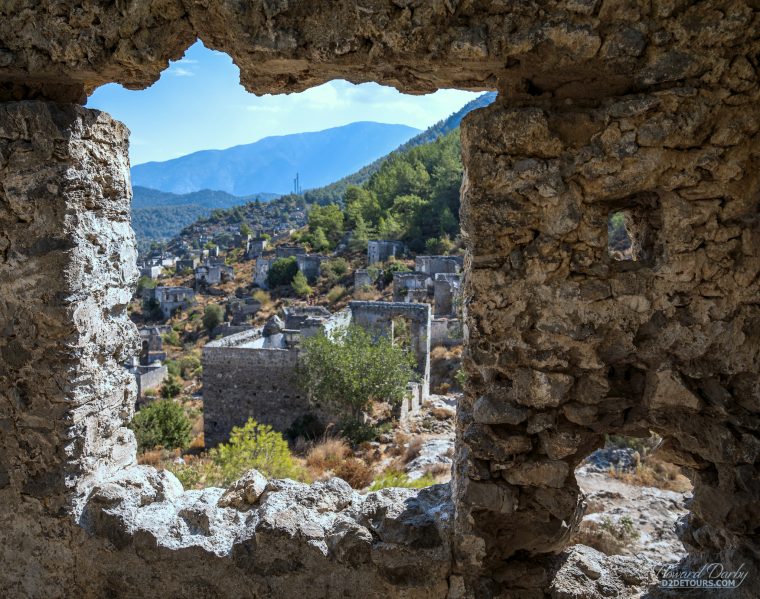 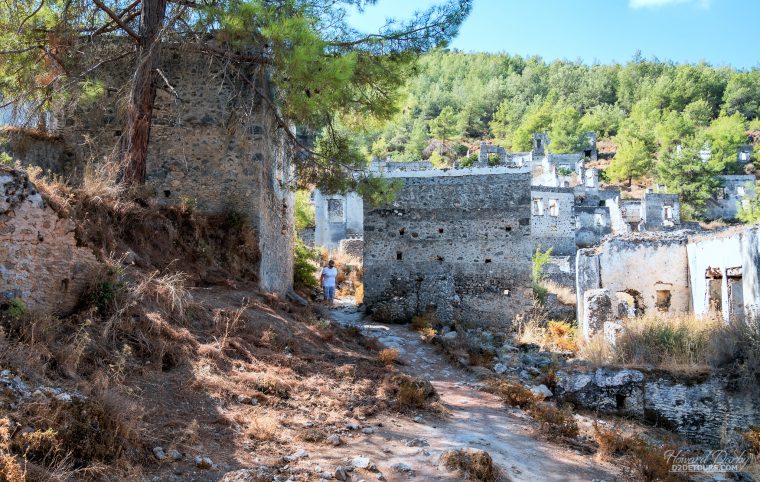 During our drive from Fethiye to Kayaköy we noticed the road was lined with hundreds of bottles of water, which at first we thought had something to do with the The Lycian Way (a 540 km hiking trail between Fethiye and Antalya) which passes through this area, but we later learned were related to the horrific wildfires southwestern Turkey experienced during the summer of 2021. The District (and residents) were leaving water along the side of road so that anyone travelling the route who spotted a fire could quickly jump into action and hopefully avert a disaster.

From Kayaköy we backtracked to Fethiye and then drove a little over an hour southeast to the ruins of Letoon (₺15 TL / $2.25 CAD entry fee) which date from approximately the 6th century BC. It was apparently never really an urban area, but rather a religious sanctuary, although like any good Roman settlement there was a theatre! 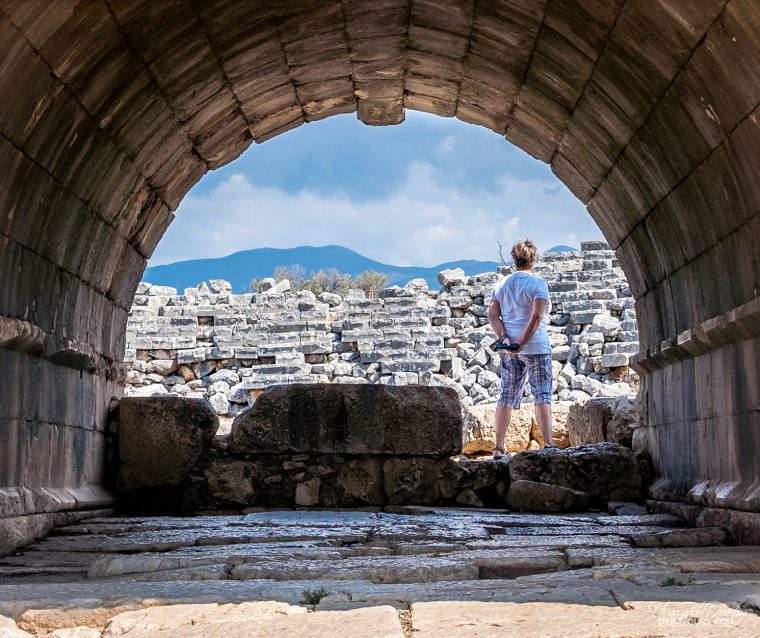 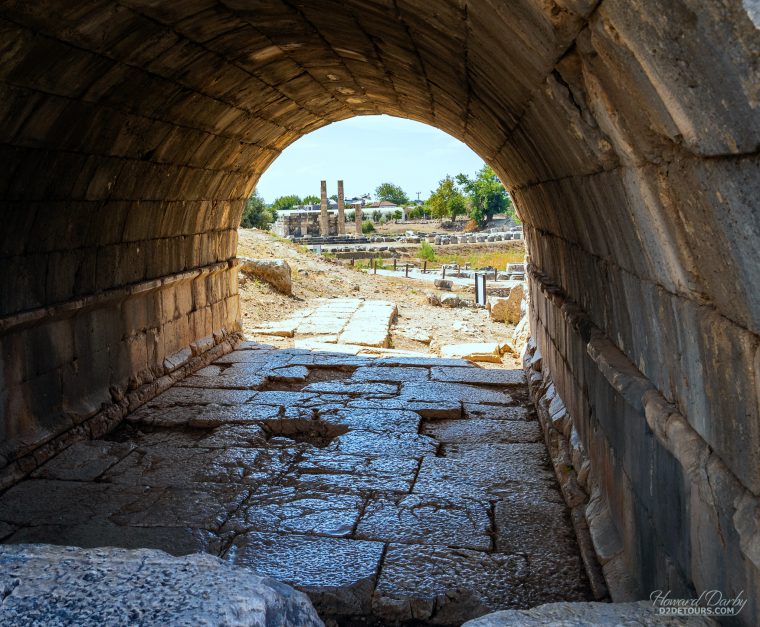 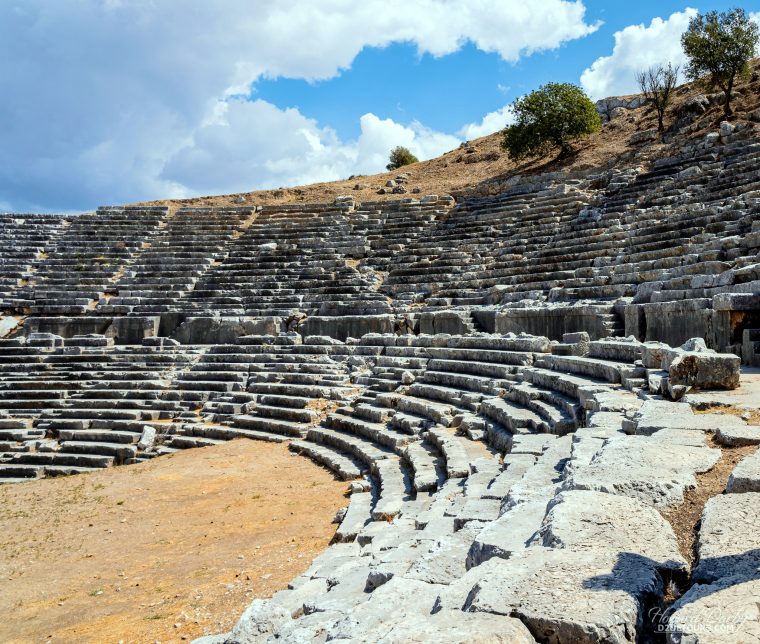 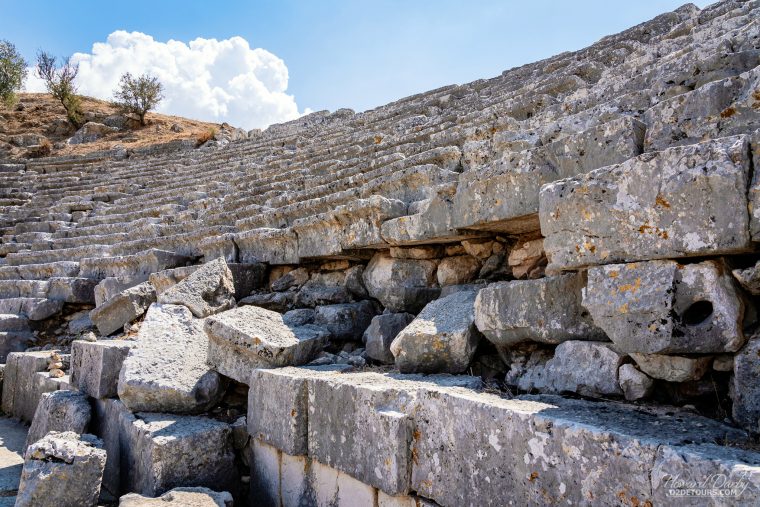 One of the significant finds in Letoon was unearthed in 1973 – a stone stele, inscribed on three of its sides; one side in Greek, one in Aramaic and one in Lycian. Since the early 1800s various bits of Lycian text had been unearthed but the language had never been fully deciphered. Much like what the Rosetta Stone did for Egyptian hieroglyphics, the Letoon Trilingual helped to fill in many of the gaps in the Lycian alphabet. A replica of the stele can be found at the Letoon site with the original on display in the Fethiye Museum.

The ruins of Xanthos, the capital of ancient Lycia, are also nearby, but unfortunately were still closed following some concerns with wildfires earlier this summer.

Thirty minutes south of Letoon is the birthplace of Saint Nicholas, the ancient city of Patara. As we were in the line of cars waiting to pay the entry fee, another car stopped and kindly offered us their multi-day entry pass. We showed it at the ticket booth, the agent muttered something in Turkish and off we went. In hindsight we realized what he muttered was “beach” and we had not purchased a ticket to the archeological site, but instead only had access to Patara Beach (which was a beautiful beach). I should also confess that had we read the small print on the back of the card it clearly stated beach-access only! We realized we were going to be somewhat pressed for time in any event if we wanted to have time for dinner in Ölüdeniz (pronounced oloo·duh·niz) and return the rental car on time and it wasn’t like we haven’t seen any Roman ruins during our travels through Turkey (and there are more on the horizon) so we glimpsed Santa’s native home from afar and headed back to our current home.

Aside from some day trips, we have taken advantage of the shockingly low cost of scuba diving out of Fethiye, and we’ll share those details with you in another post.

One thought on “Old & New Turkish Ruins – Kayaköy and Letoon”